Thursday is GURPS Day! When I remember to write something, at least.

Last night was session 6 of the Mecha Against the Giants game. In session 5, the PCs attack a fortress full of giants, and at one point the leader of the giants got shot in his left hand and left leg, dropping him to the floor and mostly out of the fight. His weapons were a repeater crossbow and a two-handed sword, and he couldn't use either of them. He still could give orders, and after a while Nate's character got tired of it and went to boot the giant in the head. The giant made a one-handed wrestling grabbing parry, and that's when things got complicated. Fortunately, that's also when the session ended, so I had some time for research.

Doug to the Rescue!

Doug Cole wrote Technical Grappling (TG) and comments on this blog, so I pinged him about some questions I had. Namely:
Doug was kind enough to take a half hour out of his evening to answer my questions, and then excited enough to write about it at some length. Thanks again!

Doing the Math Myself

As helpful as Doug's write-up is, I need to through this step by step and work it out for myself. I don't quite "get" TG yet, and the only way to learn is by doing. 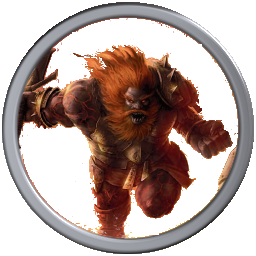 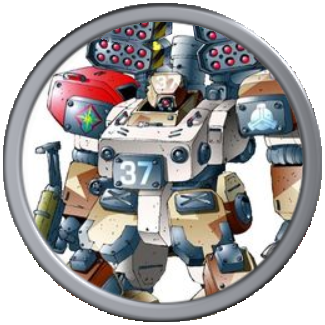 How we got here

On his turn 11, Lt. Renault kicks the Giant Warlord in the face and connects. The Giant Warlord parries at -6 (-3 for prone, -2 for a grabbing parry, -1 for a grabbing parry on a leg) and succeeds. He immediately acquires a grapple with one hand, and rolls 9d for CP (one handed grabs are at ST/2 or 80, and thrust damage for ST 80 is 9d). With an average of 32 CP, he'll give a -1 DX penalty and a -16 ST penalty to Lt. Renault's leg, and a -1 DX penalty and a -8 ST penalty everyone where on Lt. Renault from referred control. Lt. Renault also unstable since he has only one ungrappled foot.

The most likely thing to happen next is one of the other two PCs in line of sight fire a 25mm APEX round in the Giant Warlord's arm for 16d pi++ injury after armor with a 2d cr ex followup, blowing it off and rendering the rest of this discussion irrelevant. However, that's boring so I'm going to assume that they miss or something.

On Giant Warlord's turn 12, he can spend CP for double effect for a Force Posture Change. He gets +2 to DX and +30% to TrST for being bigger, in a contest of Wrestling or (scaled) TrST. Taking someone to the mat is a roll at -4 (or at -6 to end up on top, which would be really useful here as Doug points out). The Warlord's effective TrST is (160+48+48)/2 or 128, while Lt. Renault is at 96 (base 102, and 8 referred CP on each of the torso, neck, and head, summed and divided by 4 for 6 CP) and no DX penalty to resist a force posture change. So it's a contest of Wrestling-20 or (scaled) TrST 16 versus Wrestling-15 or (scaled) TrST-12. With the -6 penalty for the takedown, the Giant Warlord is rolling at a slight penalty, with a +1 bonus for every 8 CP spent. He also gets a +4 for his grappling weight modifier (BL 5120 versus 12,000 lbs of mecha and probably 8,000 in carried weight). If he burns 26 CP, he's still got a weak grip on Lt. Renault's leg and a decisive bonus on the quick contest, so Lt. Renault ends up face down on the ground with the Giant Warlord lying face down on top of him.

A nearby weak giant will probably run over to join the fun, but won't move far enough to have an effective attack.

On Lt. Renault's turn 12, he'll be in bad shape. The nominal leg grapple is no big deal, but as Doug points out, he's at -11 (penalty slightly offset by his Wrestling skill) on any break free or change posture attempts because there's 12 tons of giant lying on top of him. All of his weapons are forward pointing, and his weak rear armor is exposed. I'm not sure what he should do next, really. Probably take a Wait action to roll over and shoot someone as soon as the Giant Warlord is unconscious. Knowing Nate, he'll attempt to use the backpack mounted 160mm mortar at point blank range, which I'll allow because it's awesome, hilarious, and liable to do as much damage to Lt. Renault's mech as it does the giant.

On the other PCs' turn 13, they'll be in excellent position to take out the Giant Warlord with their guns. It's vaguely possible that the Giant Warlord might get missed by two attacks, but iterative probability means that by the 3rd or 4th attack, an attack is going to connect. And with roughly 1/6th his HP remaining, it won't matter how strong or weak the attack is, as long as it connects. Lt. Renault might have to spend a couple of turns crawling out from under the giant's corpse, but this threat is sound and fury, signifying nothing.

What Does This Mean?

You can be the best wrestler in the world, but it doesn't help that much in a gunfight. Which is fine. Threats that seem dangerous but that can be quickly overcome are an important part of awesome gaming.
Posted by Mark Langsdorf at 7:54 AM