After the End: Non-generic bullets

Two of the things that bothered me about After the End: Wastelanders was the reduction in available calibers and the idea that all pistol ammo, or all rifle ammo, should have the same cost.

I understand, even if I don't approve of, the simplification of ammo calibers. Real world guns come in a bewildering array of calibers, but in the end 78% of Luckygunner.com's revenue comes from just 10 calibers. Since part of the point of frameworks like After the End are to simplify GUPRS and make it more accessible, it's reasonable to simplify GURPS. But I already have access to GURPS and I like the current complexity just fine, so one of the house rules I'm using in my Nu World game is that you can find all kinds of crazy calibers and sometimes you scrounge up stuff you don't need or want.

On the second simplification, the idea that all rifle bullets - whether a .22 Long Rifle that uses barely any lead and a few grains of powder or a .308 Winchester that weighs 8 times as much - should cost the same is ridiculous. Just on material alone, the .308 should cost about 8 times as much as the .22 LR (and indeed, it does in the High-Tech ammo tables). As the system is currently set up, I think Wastelanders can make a profit by bartering away .22 LR rounds to get .308 rounds, breaking down the .308 rounds, then making new .22 LR rounds. Which is inherently ridiculous and not in an awesome way. 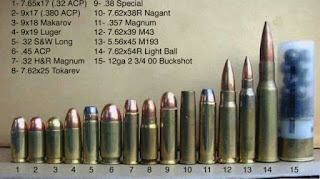 The other problem with the idea that all bullets cost the same is that some calibers are going to have more value than others. The component cost of .308 Winchester and 7.62x55mmR Mosin-Nagant bullets are about the same, but in the US, you're much more likely to find a gun that shoots the first than the second. So there's more demand for the first, and it should have a higher price.

My solution to these problems is the following table, which gives the net modifier to the prices from High-Tech for various calibers. It makes the rarer and less useful calibers (especially loose powder and shot) less valuable than the more common and more resource intensive rounds. Bullets maintain their status as a medium of exchange, which means they're always worth 100% of their value, regardless of the trader's skill in making the barter.


Call for players! I'm starting a GURPS After the End game with my online group, and we could use one or two more players. If you're free on Wednesday nights and want to a have good time with a great bunch of people, send me a message!

Posted by Mark Langsdorf at 3:33 PM

Email ThisBlogThis!Share to TwitterShare to FacebookShare to Pinterest
Labels: After the End, GURPS, House Rules