The Effectiveness of Artificers in Dungeon Fantasy

The artificer is a strange, if early, addition to the Dungeon Fantasy line. The name and the template's signature advantage of Gadgeteer makes most people think of them as clockwork engineers, creating 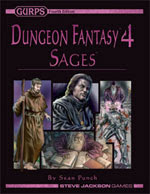 strange devices to conquer dungeon obstacles, but in practice alchemy and potions are slightly more useful and have more examples in the rules. The template lacks a clear focus, aside from being something of a general purpose problem solver like a wizard and something of a trap finder and door opener like a thief, but without the abilities to safely scout ahead.

I personally think most of the template's weaknesses could be solved by opening up the concept space for their gadgets. The Dwarven Crankbow and the Spinning Saw from Treasure Table 8 are good examples of artificer inspired weapons, but I'd want to crank them up a couple of notches. Letting the artificer have the equivalent of a low caliber sub machine gun gives them a unique way to contribute to combat, for instance.

Artificers have generalist attributes: a little ST and HT, a little more IQ and DX. They're interesting in that regard: they're not high IQ generalists like the Scholar, Wizard, or Cleric, but instead focused gadgeteers who get most of their ability from a cheap, focused talent. I really like this approach, since it helps keep the gadgeteer in his niche.

One of the difficulties for the gadgeteer is their signature abilities require heavy toolkits, and a Basic Lift of 24 lbs just doesn't supply enough lift. Gadgeteers are well advised to buy Lifting ST (it's on the template) and increased Basic Move, since if you have to be encumbered, it helps to be fast to start. The difference between moving 3 yards each second and moving 4 yards each second can be crucial.

Artificers start out with a good set of mandatory Advantages. Quick Gadgeteer is their signature ability, and it should be an impressive ability: 50 points is as much as the wizard spends on Magery and half his spells. Artificers back that up with a focused talent (Alchemy, Armoury, Engineer, Scrounging, Traps) and 3 Gizmos to let them cobble together stuff on the fly. After that, they have another 40 points in discretionary advantages, which generally need to be spent on IQ, Lifting ST, or Wealth. Alternately, 40 points is enough to select a good racial template.

All artificers are Compulsive Inventors, which is slightly annoying since the effects aren't defined anywhere that I'm aware of. They get the usual -45 points in mostly generic delver Disadvantages. Stand outs are Bad Sight and Hard of Hearing, since most delvers don't have physical Disadvantages, and Pyromania, since it's poorly defined in the rules.

Artificers want more IQ and more (Lifting) ST or lighter equipment out of their racial selections. All of the races with IQ penalties are general unwise, but Dwarf, Gnome, and Halfling are all good choices. Gnome includes the Widget Worker talent that further increases Armoury, Lockpicking, and Traps, doesn't have a ST penalty, and is large enough to use SM0 weapons with almost no penalty, so it's a solid choice.

Skill at Alchemy and Engineering basically define the Artificer. They're also decent at Traps and Lockpicking, and decent with a Crossbow. Their melee skills are distinctly second line, but they're no worse than a cleric or druid. Arguably, artificers are going to be lighter armor and slower than a cleric or druid, since more of their money and encumbrance budget needs to go to their gadgets and toolkits, and they're better suited to be ranged combatants than spending all their time trying to trudge into melee.

By the book, artificers need to spend $1600 and carry 30 lbs just in their toolkits if they want to do both Alchemy and Engineering in the field. That's a pretty hefty cost and load for their basic abilities. After that, a single shot crossbow, basic leather armor, and adventuring kit pretty much double that cost and weight.

Serious artificers are going to want something better than a mere crossbow, and as I pointed out earlier, the Dwarven Crankbow is a good starting point. At another  $1750 and 14 lbs, it's neither light nor cheap, but it's the only DF ranged weapon that non-magically provides multiple shots per second and a reasonable magazine. Even so, it's not very impressive, but an artificer should be able to use a gizmo and Fast-Talk (GM) to add a powered crank or something to increase damage, rate of fire, and accuracy in crucial combat.

Even though the artificer is mostly alchemy or technology focused, as much of their equipment should be enchanted as possible. If nothing else, Fortify and Lighten enchantments make their armor much more effective and lighter at a fairly minimal cost.

In play, Artificers are a mixed bag, in my experience. If they don't make the most of their gadgeteering abilities, they're no better than a Thief, only slower and without the ability to sneak. Given my previously stated views on the effectiveness of thieves, that's not a good place to be. Artificers need to take advantage of their gadgeteering abilities to be effective.

Quick Gadgeteer and 3 Gizmos is 65 points, more than the Wizard or Cleric spend on their signature abilities, plus another $1000 and 20 lbs of gear to enable it. Gadgeteers should be at least as useful as either of those templates, though in different ways. From crossing chasms with hand cranked bridges to finding hidden treasure with improvised metal detectors to defeating mobs of enemies with alchemical grenades, Artificers should be constantly finding ways to solve problems and overcome obstacles.

Effective gadgeteers pretty much need an agreement between the player and the GM. The player needs to aggressive push for gadget solutions to problems, and the GM needs to provide supplies and be accommodating in making solutions work.

One of the biggest problems with the Artificer is that the existing examples of gadget like gear are terrible. The cobweb kite is $16000 and 8 lb solution to falling great heights - something a wizard can do basically for 3 or less FP with Slow Fall, Levitation, Walk on Air, or any of the Flight spells. The Dwarven Accurizer increases a crossbow's accuracy by 1 but costs $1200 and weighs 14 lbs - enough to buy nearly 50 crossbow bolts with Accuracy +1 on them. The Dwarven Crankbow is 10 times as expensive and twice as heavy as a normal crossbow but has worse accuracy and less damage. 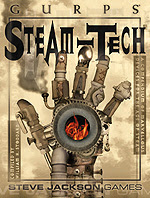 If Artificer gadgets were more equivalent with TL5 or TL6 weapons - light multishot pistols or deadly single shot rifles - then I think artificers would be much better. Fortunately, the quality of an
Artificer's gadgets are defined by the GM, so this is easily solvable in play by a permissive GM.