Precis: A quick review of the ways to get a Defense Bonus in Mass Combat

In my Mass Combat game, there's been some confusion about when a force can benefit from a Defense Bonus and when it can use the various defense strategies. I was pretty confused myself, and when I went back and rechecked the rules, I realized I was confused because the conditions are pretty confusing. So I want to write about all the conditions and what they require. 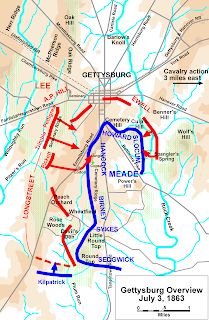 Mass Combat distinguishes between pitched and encounter battles, and mobile, encamped, and bunkered forces. As an additional complication, a force can be surprised or ambushed. How does all that effect available battle strategies?

This actually turned out to be more confusing than I intended. Bunkered forces can never win initiative in the Recon contest (Mass Combat 29) but that means they can never win the initiative contest and can only get a Defense Bonus if they're lucky enough to have a mobile force trip over them in a forced encounter battle. Encamped forces can win initiative and force an encounter battle, but if they do, they don't get any Defense Bonus. This makes very little sense.

I double checked the Mass Combat errata and this is apparently how the system is supposed to work, unless I'm missing something.

I think the easiest and most understandable house rule is to rule that encamped forces always get a defense bonus unless they have the No Security posture.

Posted by Mark Langsdorf at 5:28 PM