So the New Dawn campaign starts Thursday. It's going to have a couple of new players, and that accidentally exposed some issues with GURPS Enchantment that bothered me.

The Benefits and Problems of Named Possessions

GURPS Fantasy came up with the idea of Named Possessions: for the cost of a Perk, one of your PC's Signature Items could freely earn enchantments as the PC earned CP. In a long-running campaign, this is an amazing perk: 50 CP is worth 750 energy points of enchantments, which is 2-3 decent enchantments. Conceptually, it's neat that as your PC grows from zero to hero, his favorite weapon or armor grows with him. 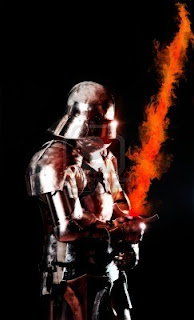 Named Possessions have a lot of problems. First off, the equipment needs to be Fine and Signature Gear, which means it's easier to have Named Hand Axes ($500 and 1 CP for Signature Gear in most Fantasy games) than Named Two-Handed Swords ($3600 and 10 CP for Signature Gear in most Fantasy games) and nearly impossible to have Named armor (because Fine armor starts at $2000 and goes up quickly). Second, a PC gets the most benefit from having a Named Possession at the game - if a new player starts to admire a more experienced player's Named Possession 10 sessions in and buys the Perk then, the new player's Named Possession has 375 energy at the time the experienced player's has 3750. Finally, Named Possessions discourage upgrading your weapon: if you have 3000 energy of free enchantment's on your named Balanced Longbow, then getting a Fine Balanced Elven Composite Bow as a reward from the Faerie princess might be a step backwards because you lose all those enchantments.

On balance, Named Possessions are probably more trouble than they're worth. But the concept is neat, doubly so because it means that a non-magical fighting type can get a powerful magical weapon without having to be nice to a wizard so the wizard will enchant it for him. I like the idea that non-magical fighter types can get by without wizards, so I want to preserve that concept. The following rules try to preserve the good parts of Named Possessions and reduce the bad parts.

There are lots of ways to earn Deed Points. The general rule is to do stuff, and then to do awesome stuff on top of that: 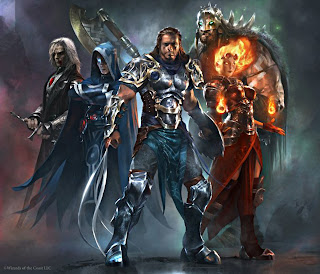 Deed Points can be spent to enhance equipment, including the PC's body, by buying Advantages, Perks, and Skills. Once spent, Deed Points cannot be changed.

No Advantage, Perk, or Skill comes into effect until the PC has spent at least 10 Deed Points on that piece of equipment. Weapon, Armor, and Miscellaneous Deed Points applied to the body count separately for activation purposes.

Each Deed Point buys 1 CP worth of Advantages, Perks, or Skills.

Upgrading equipment (by making it Balanced, Fine, or whatever) does not change the amount of Deed Points in the equipment. Armor with Deed Points can be upgraded piecemeal, as long as at least 55% of the armor coverage stays the same and 5 Armor Deed Points are earned and applied between upgrades.

I've tried to make this system as simple as possible, but I'm not sure I've succeeded. My concerns are: