I'm still pondering how to run an Exalted inspired game in GURPS. There was a bunch of stuff that I glossed over in my original notes, and I'm going to come back and put down some more detail on them.

In the initial character creation notes, I wrote "another 50 points must be spent on Influence skills and mundane, social related abilities like Attractiveness, Social Regard, or Status." So what specifically can and can't those points be spent on?
Legal Enforcement Powers, Legal Immunity, Security Clearance, and Tenure are still not available.

Steve Jackson had a real innovation when he decided to let characters purchase wealth and authority as defined traits. Unfortunately, the mechanics for those traits have never worked well, and eventually led to oddities like the Emperor of Rome (Status 8) also needing to buy Military, Religious, and Bureaucratic Rank 8 in order to command the hierarchies that were inherent in his authority as Emperor. Which then raised the question of what exactly did those 40 points in Status represent? 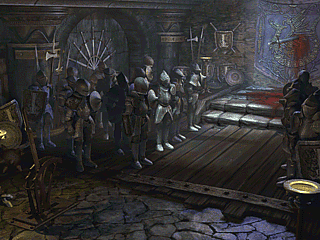 Whatever the answer to that question is, my point is that the integration of Status, Wealth, and Rank is confusing and difficult for almost all games, and I want something simpler for this kind of game. But I also want people to be the Archbishop of Sord or the King of Rentir or Grandmaster of the Forestry Guilds and have it mean something. Without it also meaning that they have so much Wealth that they can buy their way out of every problem.

Status becomes a leveled 5 point advantage that includes the rank and wealth necessary to support the position. It provides authority over a number of people, 1% of which can assumed to be 62 point Guards or Cultists (from DF15: Henchmen) and another 2% can assumed to be 32 point downgraded versions of Laborers, Servants, or Torchbearers (DF15 again). 0.1% of the people are available as 125 point Henchmen and 0.5% of the people are available at 62 pt Laborers, Servants, or Torchbearers. All these hirelings have Loyalty 12 and are available for adventuring work (assume the same number of people or more are at home, keeping the place running as standing armies and permanent bureaucracies).

The effects of Status are summed up in the table below:


Status can be bought with the -20% Disloyal limitation, in which case the Hirelings have Loyalty 9, or the -40% Treacherous limitation, with Loyalty 6. On the positive side, the +20% Zealous enhancement gives Loyalty 15.

No one is allowed to buy Wealth. Everyone has $200,000 in starting funds, and additional money for equipment can be bought at $100,000 per CP. Status provides sufficient money for Cost of Living, including inns and support cost for whatever army of hirelings is coming along.

Note that routinely traveling with more than 40 guards and 80 servants (Status 3) is likely to cause diplomatic difficulties. A king might have 3000 guards available as an expeditionary force, but if he actually travels with them into the next kingdom, the neighboring king is going to see it as a small invasion.

Courtesy Rank is a Perk, and lets you style yourself as whatever you please: a character may be a Status 3 Lord but titled the King of Grand Fenwick. Alternately, Limited Title is a Quirk, and means that a character's title is lower than their Status: the Lord D'Orleans might effectively be a Status 6 Archduke, but he gets seated at the royal ball with all the other barons.

I've written how I don't like the pricing of magic items in GURPS. However, magic items are part of the fantasy game experience. 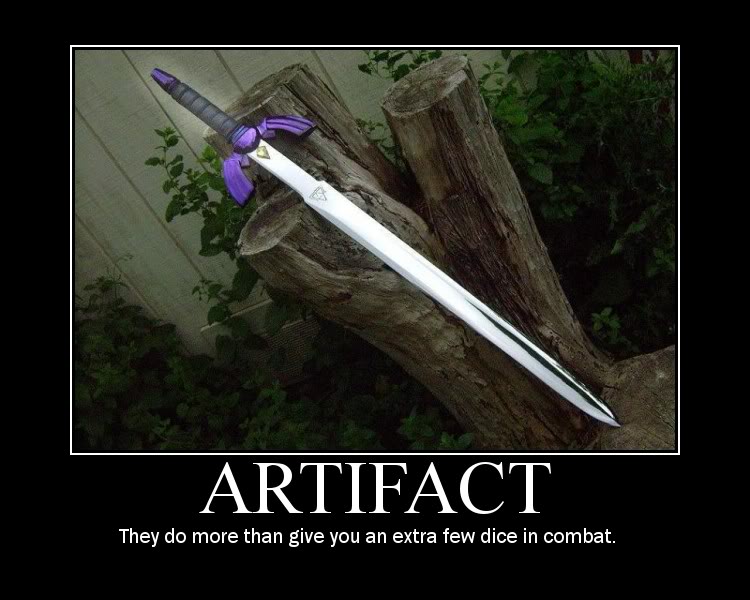 I'm currently leaning towards giving everyone a separate pool of 100 CP that can only be spent on Advantages, with the note that those Advantages are provided by magic items. It may not be fair or make a lot of sense, but it puts
everyone on the same page as far as their magical equipment goes. I'd probably further insist that magic items provide "You Must Be This Tall to Ride" type abilities, not further vertical enhancement of a template's abilities.

So magic items should be things like
Having some points devoted to Affliction, Binding, Extra Attack, Innate Attack or Damage Resistance is probably appropriate, but it shouldn't be the focus of the magic items.

Under the hood, all magic items are gadgets with the Unique [-25%] and Difficult to Repair [-15%] limitations.  They also have -40% worth of limitations in the Durability, Size, and Can Be Stolen categories. Some standard categories:
These gadget limitations do not in any way effect the amount of CP that can be spent on magic items. Everyone gets 100 CP worth of magical effects, and can't buy more with their starting points or use additional gadget limitations to get more bang from their magical item budget.
Posted by Mark Langsdorf at 3:39 AM