Precis The PCs meet the gnomes on the 3rd floor again and discover they're bound to a vampire! The vampire attacks and is forced to flee, but the PCs still need to find the lair and finish it off.


I ran the sixteenth session of Castle of Horrors Wednesday night. It was a good, fun game, without any major rules arguments or discussions, and I feel better about the system than I did last week. I might still end up taking a hiatus, because +Kevin Smyth has an awesome campaign idea that I want to play in, but it won't be as much because I'm burnt out on the current game.

I'm experimenting a bit with this write-up, to better match +Peter V. Dell'Orto's sensible suggestions about what he likes to see in a write-up and to add a precis for Doug Cole's GURPS Day! scripts. The exact formatting might change over the next couple of weeks as I get a feel for it.

Doug couldn't make it this session, so I ran his character as an NPC.

Well, I Guess We'll Keep Doing It Wrong, Then

I posted earlier this week about table talk in response to Peter's post about forbidding rules arguments. The consensus from the internet at large was that I should forbid rules arguments and discussions at the table and possibly be prepared to kick people out of my game if they wouldn't stop. So with heavy heart, I brought up the topic, stating that I didn't really want to be the conversation monitor and wasn't adverse to rules discussions at the table. Much to my surprise and pleasure, the players mostly agreed with me: talking about the game is nearly as good as playing the game. So we'll just keep doing what we've been doing, for better or for worse.

That little bit out of the way, we had a quick rant about the fact that GURPS Magic sucks and is only made less unpleasant by extensive house-ruling and then we started play. 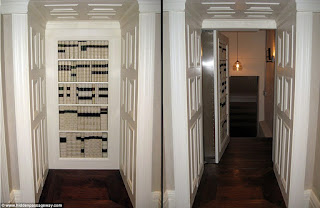 At the end of last session, the PCs were in the dungeon level and had just found a spiral staircase that went up. They climbed the staircase through an unknown number of levels until it ended in a blank wall. Not being stupid, they searched for and found a secret door and opened it.

The door opened up into the Crowspire library, currently occupied by a number of gnomes. Raleigh had tried to use mind control magic on the gnomes the day before, and the PCs had left with some bad blood between them, but this time the gnome leader Calardin was welcoming and apologetic. Instead of being suspicious and nasty, he invited them in, said he was sorry for the incident the day before, and offered them food and drink. He even offered to let them search the library, something he had been against in the past, though it did seem as though the words were forced out of his mouth. Something strange was happening, but the PCs weren't sure exactly what was going on.

The gnomes were clearly in bad shape - ashen complexions, sunken eyes, general listlessness - and the PCs at first thought they were starving. But I assured them that the gnomes had food, and enough to trade with them. Thomas took out his smartphone to take some pictures of the library books, and then started showing it to the gnomes. Kevin's character Raleigh took advantage of the distraction to sneak off and look at the gnome healer Ieill, who had been in a coma for days.

Raleigh cast Body-Reading on Ieill, and her wounds were about what you'd expect from someone who got shot in the vital bits by a powerful crossbow, then had some healing potions dumped on her, and then had been under bedrest for a few days: still in bad shape, but nothing suspicious. Meanwhile, the other PCs were eating food with the gnomes, and all of them failed a Vision check as Calardin slipped sleeping potions into their food.

A Short Bit of Violence

Neil, Angela, and Jamie all failed the HT check and fell asleep, and the other PCs were immediately and violently suspicious.  Ryan started smacking gnomes around, and Thomas pulled out his shotgun and blasted one of them. Calardin used another sleeping cloud potion on Ryan, Thomas, and the created warrior. This caused a quick discussion: do Created Warriors have Immunity to Metabolic Hazards or other traits of non-living things? We quickly agreed that Created Warriors are conventionally alive (some jokes were made about the ethical implications and the fact that they were Fallout 4 synths) and then the Created Warrior fell asleep. Thomas and Ryan were unaffected, but very irate. Ryan grabbed Calardin and Thomas took out the last of the gnomish warriors, leaving only a pair of gnomish crossbowmen active.

The crossbowmen very obviously tried to resist a mental compulsion, failed miserably, and moved to attack. Raleigh started shouting to not kill them (not hurting them was clearly out of the picture) and Ryan smacked one of them with Calardin, knocking both of the gnomes out. Raleigh used the Awawken spell to force Ieill awake and I ruled that the last gnome could trivially be defeated by the combined forces of Ryan, Thomas, and Raleigh.

Puzzling Out the Problem

Ieill woke up fairly confused, and not at all pleased to see a bunch of crazy people beating up her allies. She came around as the PCs explained the situation, but admitted she didn't know what was going on. She negotiated for a healing potion from the PCs (and was rather miffed that Calardin didn't have any) and paid them for it, even though Ryan at least was willing to be charitable. She then went around using her Faith Healing to stabilize the gnomes. 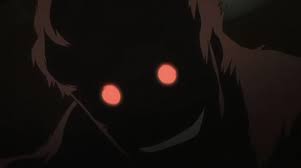 Someone finally put some clues together and suggested that maybe the gnomes were under the influence of a vampire. Examining their bodies found a bunch of bite marks, and when Raleigh tried to use Mind-Reading on Calardin to dig out the location of the vampire, all she got was a pair of glowing red eyes. Thomas, Ieill, and Raleigh turned to the library to research local vampire myths, and Ryan and  Quanah made a tentative exploration of the area.

The first door they tried led to a hallway. Footprints in the mold on the floor suggested that someone had been through there recently, but more to the point, Ryan broke two tripwires, setting of a noisemaker trap and a crossbow trap that hit Quanah. Luckily for Quanah, his armor absorbed the glancing shot, but he and Ryan decided to investigate elsewhere. They searched the rest of the rooms that the gnomes had been in without incident, but also without finding the vampire.

After four hours, Neil and Illy the Created Warrior (short for Illusion, apparently) woke up, and I pointed out it was about an hour before local dark. After some discussion, the PCs decided to fort up in the dining room against the inevitable vampire attack, and the bloodbound gnomes were taken downstairs and ducktaped. Raleigh cast Vigil, so as to stay up all night and maintain Illy, Thomas set up some napalm traps outside the door, and everyone took watches and prepared. 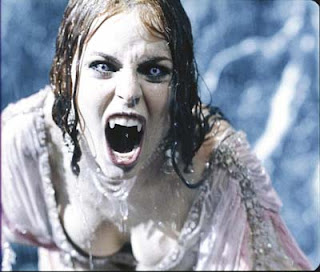 All the PC prepations in the world matter little in the face of the vampire critically succeeding on her stealh roll. No one noticed as the vampire misted in through the top of the door, but Ryan and Raleigh started shouting when the vampire solidified and jumped down on Ryan's shoulders, getting a pretty good grapple on him. The leech proceeded to bite him, suck his blood, activate her Altered Time Rate, and then try to take over his mind, but Ryan critically succeeded on the resistance roll so that failed. Ryan's attempt to break free was parried by the vampire and Raleigh cast Explosive Sun Blast, anticipating having to hit a rapidly moving target. Most of the rest of the PCs started waking up.

The vampire, not wanting to let Raleigh throw that spell, jumped off of Ryan's shoulders, slashed the heck out of Illy, and made a Move and Attack to grab Raleigh's hand, slash up her chest, and slam into her. Multiple attacks during a Move and Attack are generally a low percentage move in GURPS because they're all capped at a 9 or less, but the vampire's dice were hot and she hit with all three attacks. Kevin's dice were equally hot, and Raleigh managed to dodge all three attacks and watch as the vampire slammed into the wall. On her action, she shoved the Explosive Sun Blast into the vampire for maximum damage.

The vampire retaliated on her turn by clawing the crap out of Raleigh and knocking her over, but missed the neck bite and so failed to establish the leech she needed to heal her wounds. Then Neil managed to critically hit with a volley of 7.62mm rounds, slowing her down. Ryan used a potion to heal up and was approaching, and Quanah, Ieill, and Thomas were waking up, so the vampire turned back into mist and fled the scene.

The PCs opted to heal and stand guard again, and not go after the vampire during night time. So that's the point I ended the session.

We're still using Discord. At the start of the session, I commented that it was weird but nice to have a voice chat system that just worked (and where we didn't have to "start a call" but could just start talking) so of course Uhuk's system was completely off for the rest of the night. It's still better than Skype but it was plenty annoying.

There was one word which I was very, very careful to not use when describing the gnomes, and that was "anemic." I knew as soon as I said it that everyone would realize the gnomes were being drained by a vampire. Instead, I kept describing how they were getting more and more ashen and tired looking. I don't think the PCs caught on until the gnomes were visibily resisting the mind control, but I think they knew something was up and that there were clues that they hadn't put together before then. Oftentimes, in a role-playing mystery, that's the best you can hope for. It was pretty good in the end.

I expected that the vampire (an improved mature vampire from Monster Hunters) would do a little better than it did, but the dice were really just against it. Still, it managed to put Ryan, Raleigh, and Illy in the negatives in just a few seconds before being driven off, so I don't think the PCs think of it as a pushover or an easy fight. The next session will involve a desparate search for a wounded vampire in a haunted castle, and that's also pretty cool.

Kevin has been playing X-Com, and wants to run a couple of tactical scenarios: 100-point hunters accidentally encounter sectoids and get murdered, 200-point police investigate the sectoids and get chased off, and 450-point X-Com agents deal with the situation. It sounds like it'd be a fun couple of sessions, so I'll let him run it as soon as he's ready.

In the meantime, I've buckled down and started stocking the lower caves, trying to do 3-4 rooms a day. So far, so good. The PCs are justifiably distracted for now, so they won't encounter these rooms for a bit, but it's better to be prepared.

Posted by Mark Langsdorf at 9:39 AM