Table Talk: How Much is Too Much?

+Peter V. Dell'Orto at Dungeon Fantastic posted on his approach to rules arguments in play, and I received some email feedback on my last session. And that got me thinking about the various gaming groups I'm in, and how much time we spend talking about the game, or arguing about rules, or just shooting the breeze during the time we could be gaming. It makes me wonder how much is too much? Should any off-topic talk be forbidden?


Edit: Joe at the Collaborative Gamer shared his views on this topic, too, and +Christopher R. Rice at Ravens N' Pennies talks about dealing with rules lawyers. 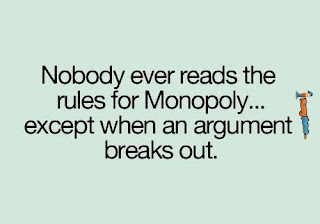 Rules Arguments: Repeated back and forth between player and GM about the rules for the game is generally unpleasant for the actual participants and any bystanders. Peter has a firm "hell no" rule against it, which seems to work for him, I guess. Rules arguments aren't something I like at my table, but I empathize with a player who wants to understand how the rules work and have them consistently applied so I'm not firm about cutting off rules arguments.

Rules Discussions: My online group has a bunch of rules tinkerers in it, and when the rules don't work right or unclear, there's sometimes a discussion of what to do about them. Often times, its "hey +Doug, how is Technical Grappling supposed to handle THIS," followed by a lamentation that the Technical Grappling playtest didn't spend enough time dealing with Spheres of Madness grappling SM -1 quadrapeds when the whole fight is happening at the bottom of a lake. Sometimes, this kind of discussion is necessary and fruitful, and sometimes it's a big waste of time that should be revisited in email. I don't have an easy way to tell which way the discussion is going (or if its going to turn into a rules argument), so it's hard to say whether I should cut this kind of stuff of earlier than I do. Peter's blanket rule makes more sense to me as I reflect on it: it's a bright line in a murky area.

Meta-Game Discussions: Talk about play style, or scheduling, or other things outside the game but related to it. I generally try to clamp down on this stuff, since it's better to use limited play time to play than to talk about playing, but I also think it's better that people are engaged and talking about the game rather than watching a movie or whatever. Sometimes I deliberately end the game a little early and initiate a discussion about this kind of stuff. It's helpful to get feedback in real-time.

Off-Topic Chatter: Depending on the group, this can be a huge distraction or more important than the actual game. My boardgames group, made up of some former co-workers that get together irregular at a Friendly Local Games Store, is much more about the chatter than the game: we're friends, but we don't see each other much, so games night is a reason to get together and socialize. My online group uses text chat for this kind of stuff, and that's pretty successful, and I don't feel bad about clamping down on off-topic chatter for that reason.

So in the groups I run, there's a fair bit of rules discussion and (unfortunately) some rules arguments. I don't like the latter, but I'm torn about the former: I enjoy that stuff, and I suspect some other people do too, but it's also a distraction from the game that annoys some of the other people. I'm not sure there's a consensus, one way or the other, and I'm entirely sure that I don't want to have to be the conversation monitor for a group of my peers just because I volunteered to sit in the GM's chair.

I don't really have a conclusion. Every group is different, and everyone is going to have a different view about what to do. I'm learning more and more toward Peter's approach of "no rules arguments," simply because it's a bright line that's (hopefully) easy to enforce.
Posted by Mark Langsdorf at 9:50 AM