Sentinels Tactics: Building up the Terrain

There's a project going on right at the Sentinels Tactics forums on creating 3-D terrain for the game. The approach is to print intricate designs on card stock that can then be cut up, folded, and glued and taped together. Some of the preview shots look pretty good:
Unfortunately, I'm not going to be able to capitalize on this work, for three reasons:
So I need an alternate way to get 3D buildings that will create much, much sturdier props, and preferably flatter ones that won't block visibility so much.

Fortunately, I have something like 15 square feet of black foam core lying around the house from a previous project. Small buildings of foam core are a bit of pain to cut out, but once glued together they're fairly resistant to damage and easy to repair.

The following shots are mostly a proof of concept, but I'm already liking the effect:

That's the Freedom Tower in 3D, with Beacon, Mr. Chomps, and Unity menacing the Operative.

Construction was pretty simple, though tedious and involved:
One 30" by 7.5" section produced enough hex patterns to almost cover the entirety of the Megapolis side of the Tactics hex tiles. I'm hoping that another section will handle the rest and the Insula Primalis terrain, but I might have to do a total of three sections.

Edit: It took two sections, plus some miscellaneous scrap to build up the Insula Primalis volcano. Which is still not working out as well as I'd like.

And on the flip-side of the tiles, Insula Primalis (tile 7 is completely flat for Insula Primalis, so I didn't do anything with it). Visionary faces off against the Operative on the rim of the central volcano. 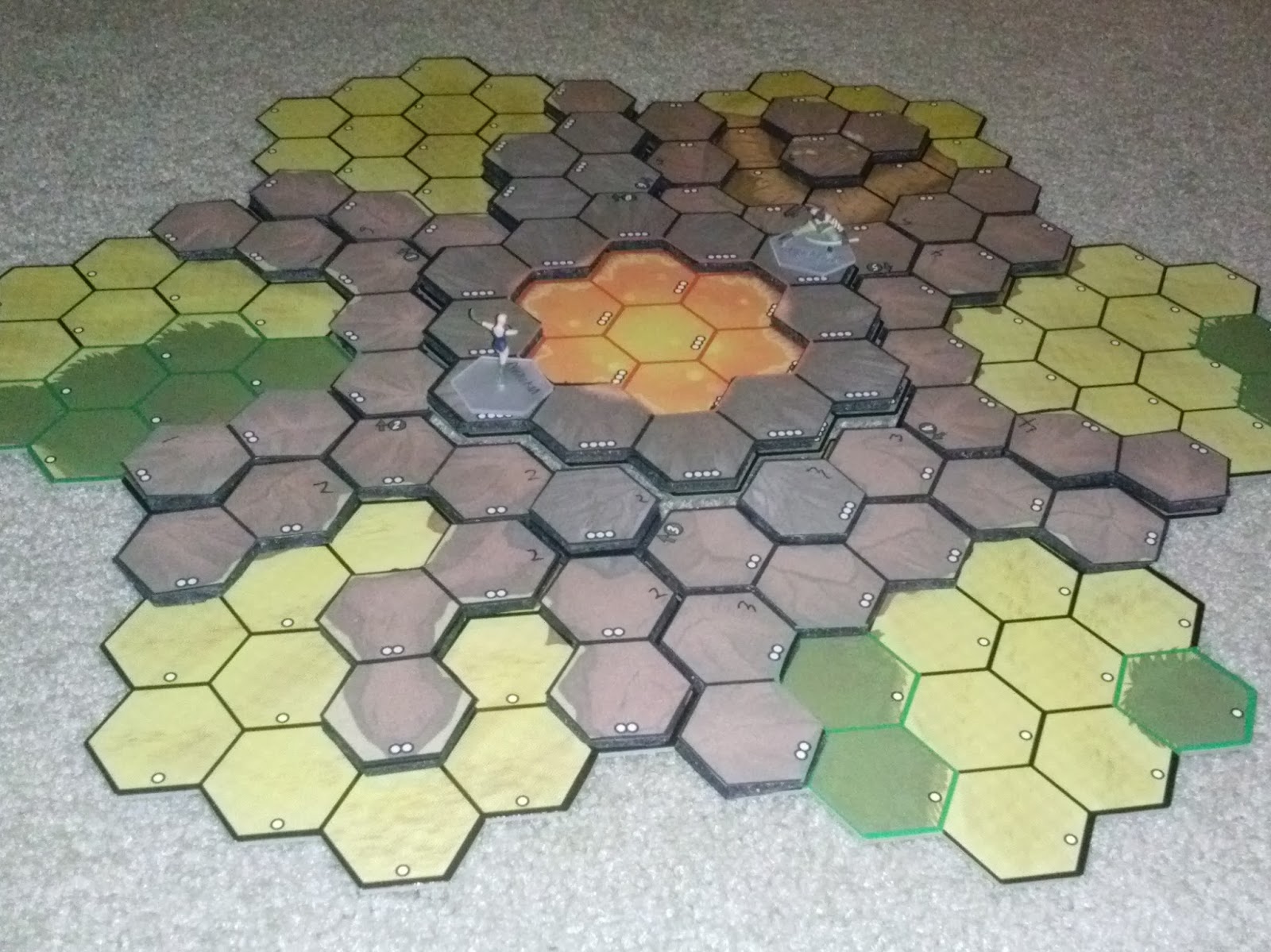 If I had a better workshop at home, I'd have considered doing these in a light wood (balsa?) and cutting them with a jig. I think I could have gotten the angles a little more precise with that kind of set-up.

Another possibility would be to use a 3-D printer, but that's not something I own (yet). This seems like the perfect project for one of the low cost DIY versions, but I worry about the cost of the materials. A liter of 3-D printer stock is expensive, while a huge amount of foam core is less than $10.
Posted by Mark Langsdorf at 12:15 PM